In the context of remotely adjusting a Mac’s system volume, I’ve previously outed myself as an approximately-270-year-old who listens to music (MP3 files, no less!) on his computer instead of, say, a smart speaker.

Having recently taken delivery of a new1 computer, the question of how to move my library without losing playlists and (questionably) valuable metadata such as play counts presented itself. As luck would have it, Swinsian, the native, fast, minimalist, but fully-featured music player I’ve been using for the last couple of years2 stores all of its data in a basic SQLite database.

You should be able to find it within ~/Library/Application Support/Swinsian/, right next to a backup of your license key:

If the directory structure of your music library won’t change during your move, all you need to do is grab the whole directory (including ArtCache/ – that’ll save you some time rebuilding said cache) and move it to the same location on your new computer before launching Swinsian there for the first time.

If, like me, you’re taking the move as an opportunity3 to store your files in a different location, this won’t suffice; you’ll need to adjust the path of each track in the database:

That’s it – after quitting SQLite using ctrlD, move the newly-modified ~/Desktop/Library.sqlite to ~/Library/Application Support/Swinsian/ on your new machine (and don’t forget to migrate the ArtCache/ and license).

Swinsian’s stats display (Window > Show Library Statistics) should now look identical on your old and new computers. Here’s mine (the first track having been added in 2018 is the result of an iTunes reorganization – play counts were preserved even then; they date back to early 2015): 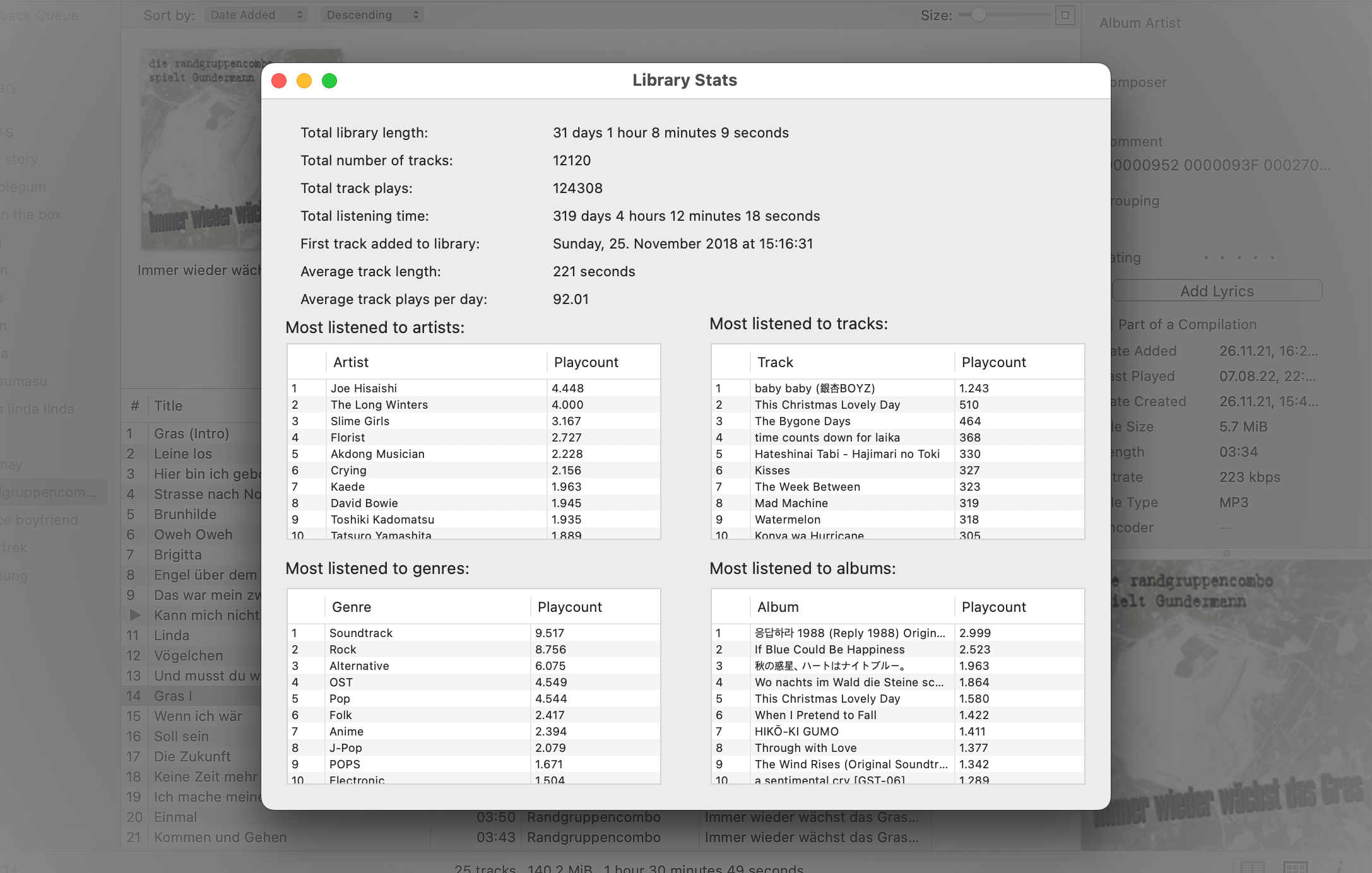